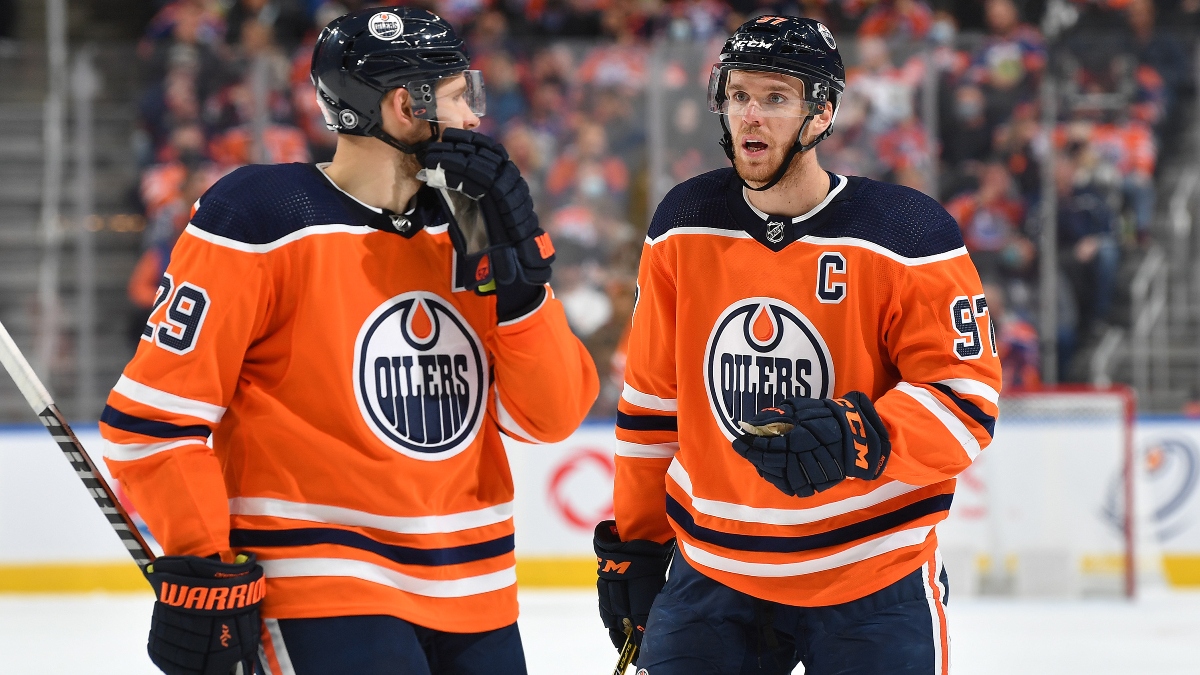 The Seattle Kraken begin a four-game road trip on Monday when they travel to Edmonton to take on the Oilers.

The Oilers enter this contest as heavy favorites and sitting in second place in the Pacific with a 6-1-0 record, with their lone loss coming against the Flyers last week. On the other hand, as of Sunday night, Seattle comes into this game with a 3-4-1 record and will be playing their second game in two days after facing the Rangers on Sunday.

Edmonton has looked strong through the first two weeks, while the Kraken have been going through some growing pains in their first official NHL season. The Oilers should be able to take care of business in this one.

Kraken Crack On the Road

The beginning of the season has had its ups and downs for Seattle, but that should be expected for the NHL’s newest franchise.

In their most recent two games, the Kraken have only surrendered two goals and have countered that by scoring nine of their own, showing that this team might be starting to come together.

However, this team has had some struggles on the road this season. In its five games away from their home ice, Seattle has been outscored 19-11 by its opponents and is losing by an average of 2.4 goals per game.

Seattle is a top-11 team in goals for in 5-on-5 situations, but through eight games the Kraken have just 2.11 Expected Goals For per 60 minutes, ranking them 26th in the league. They also rank 29th in the league in shots on goal per game with 28.1.

The defense has been better, but their offensive shortcomings on the road might be tough to overcome against a good offensive team in Edmonton.

Phillip Grubauer made the start in net on Sunday, so I don’t expect that he will start back-to-back nights. Chris Driedger is still on IR and will likely miss this contest as well. That leaves Joey Daccord as the most-likely option in goal for Seattle, and in his lone appearance this season he had an SV% of .880 and an HDSV% of .786 in 5-on-5 situations.

A lot of good things can be said about Edmonton so far, especially when it comes to its offensive attack.

This is a team that ranks inside the top five in xGF/60 and is in the top six in both goals scored and shots on goal on a per game basis. A lot of that success is due to Connor McDavid and Leon Draisaitl, both of whom are in the top five in total points this season.

The power play has also been very friendly to Edmonton as they have converted on 47.8% of their chances when they have the advantage, the highest percentage in the league. It also just so happens that Seattle leads the league in penalty minutes per game, so Edmonton will likely have the man advantage a few times in this one.

The Oiler defense has been average in the early going, but luckily for them they have had some good play in net.

Mikko Koskinen has been great for Edmonton in relief of Mike Smith, who is still on IR with a leg injury but has a shot to play in this one. Koskinen has an SV% of .934, an HDSV% of .879, and 2.2 Goals Saved Above Expected in 5-on-5 and is still a great option for the Oilers if Smith does not suit up for this game.

Edmonton has been a force to start the season, and I don’t expect it to take its foot off the gas.

A back-to-back is always a tough spot to be in, and it becomes much tougher for a team that either has to start the same goalie for two consecutive nights or is likely to turn to its third-string goalie while the backup nurses an injury. That is exactly what Seattle is facing coming into this one.

A more rested Edmonton team should protect its home ice and take advantage of Seattle on a back-to-back.

How would you rate this article?