Caufield assigned to AHL by Canadiens 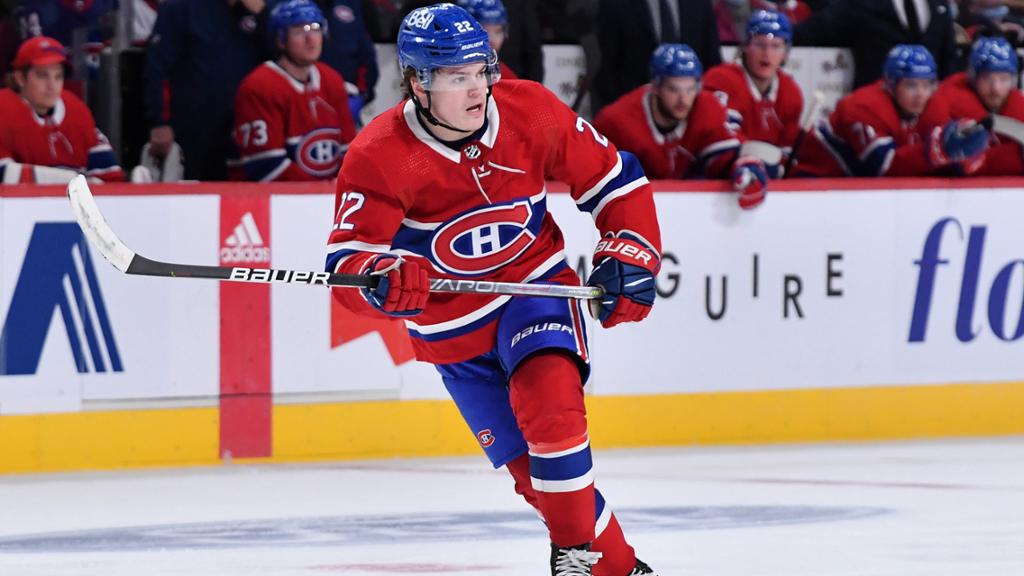 Cole Caufield was assigned to Laval of the American Hockey League by the Montreal Canadiens on Monday.

The 20-year-old forward has one assist in 10 games this season. His 22 shots are tied for second on the Canadiens with Joel Armia, behind Josh Anderson‘s 27.

“He was touching the puck like he was a little bit on his heels, not as confident and dynamic with the puck,” Canadiens coach Dominique Ducharme said. “He had a few good looks at the net, but just squeezing the stick a bit. So just to have him have good ice time, just gaining confidence, scoring a few goals, finding his game.”

Ducharme said Boston Bruins forwards Brad Marchand and David Pastrnak are examples of those who went through similar experiences.

“We really think highly of him,” Ducharme said. “You look back and you see guys like Marchand, Pasternak and those guys early in their career that needed to go through those kinds of things and came back and became really good players. And that’s what we believe in Cole for the future. I think down the line it’s going to help him out.”

Caufield scored 52 points (30 goals, 22 assists) for the University of Wisconsin last season, when he won the Hobey Baker Award voted as the top men’s player in NCAA Division I ice hockey. He had four points (three goals, one assist) in two games for Laval, five points (four goals, one assist) in 10 regular-season games and 12 points (four goals, eight assists) in 20 Stanley Cup Playoff games to help Montreal reach the Stanley Cup Final, a five-game loss to the Tampa Bay Lightning.

“It’s just a different situation,” Ducharme said. “Playing until almost mid-July and coming back really quick to start the season, and obviously he’s got high expectations for himself. And, when you start squeezing the stick and overthinking a little bit, then for an offensive guy like him, I think it just snowballs a little bit, so things get harder. And so I think just taking a step back and going back to those basics and finding his swag and confidence, he’s going to be back.”

Michael Pezzetta was recalled from Laval and practiced Monday. The forward could make his NHL debut against the Red Wings.