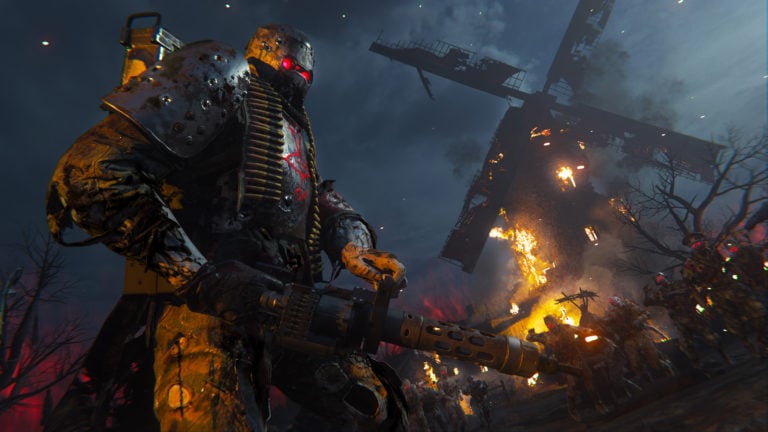 Treyarch has revealed a slew of new information about Call of Duty: Vanguard’s Zombies mode, which is launching alongside the game on Nov. 5.

The initial Zombies map in Vanguard, Der Anfang, will feature a new storyline that continues the Dark Aether story from Black Ops Cold War. Things are set to become straight-up demonic and the team outlined changes coming to Zombies in a new blog post.

“Perks will offer powerful base stat upgrades at each Tier, but they won’t come cheap,” Treyarch said. “Once you’ve activated the free Tier 1 version of a Perk, you’ll need to pay 2,500 Essence for Tier 2, then 5,000 for Tier 3, and 7,500 for Tier 4. Each upgrade will increase a specific base stat, with higher Tiers providing bigger enhancements. As an example, Fiendish Fortitude provides +25 Health at Tier 1, and goes all the way up to +100 at Tier 4 for a massive boost in survivability.”

A new addition called the Altar of Covenants is “one of our biggest innovations in Zombies to date,” according to Treyarch. The Altar will have 11 unique Covenants at launch, with each one offering different upgrades to Zombies gameplay. Players can carry three Covenants at a time.

Here are all of the Covenants and what they do:

There are also Dark Aether Entities and Artifacts that further change up the Zombies equation. Artifacts give players different abilities and, at launch, are as follows:

By using different combos of Covenants, Artifacts, and perks, players can create different kinds of builds in Zombies, which has the chance to completely change how the game is played each time.

It sure sounds like CoD Zombies fans have a lot to look forward to when Vanguard launches on Nov. 5.

How to earn Double XP in Call of Duty: Vanguard