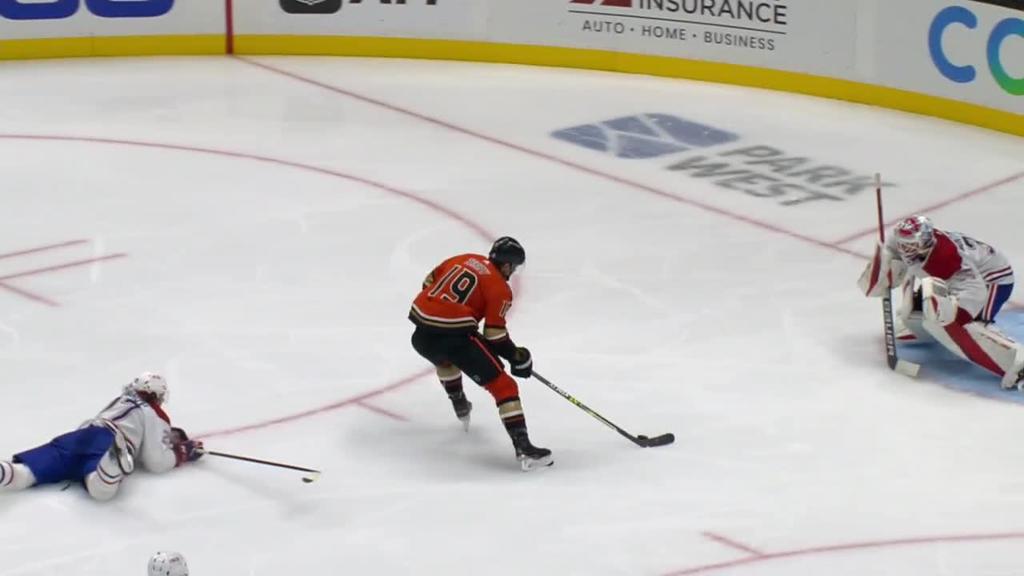 ANAHEIM — Ryan Getzlaf became the Anaheim Ducks’ all-time scoring leader in a 4-2 win against the Montreal Canadiens at Honda Center on Sunday.

Getzlaf passed Teemu Selanne when he got an assist for his 989th point on a breakaway goal by Troy Terry at 10:10 of the third period that gave the Ducks a 3-2 lead.

Mike Hoffman and Jake Evans scored, and Sam Montembeault made 22 saves in his second start of the season for the Canadiens (2-8-0), who went 1-3-0 on their four-game road trip.

Henrique scored with a power-play goal at 3:39 of the first period to give Anaheim a 1-0 lead.

Hoffman tied it 1-1 five seconds into a power play on Montreal’s first shot of the game at 4:12 of the first.

Vinni Lettieri, who made his season debut after being recalled from San Diego of the American Hockey League on Friday, scored on a five-minute power play to give the Ducks a 2-1 lead at 12:47.

Montreal center Cedric Paquette was ejected for boarding Anaheim forward Trevor Zegras at 10:17 of the first. Zegras missed the remainder of the period but returned for the second.

The Canadiens were also without center Matthieu Perreault, who is out 2-3 weeks because of an eye injury.

Sam Carrick scored an empty-net goal with 1:10 remaining for the 4-2 final.

Cam Fowler and Kevin Shattenkirk each had two assists for the Ducks.