Canadiens @ Ducks: Start time, lineups, and how to watch 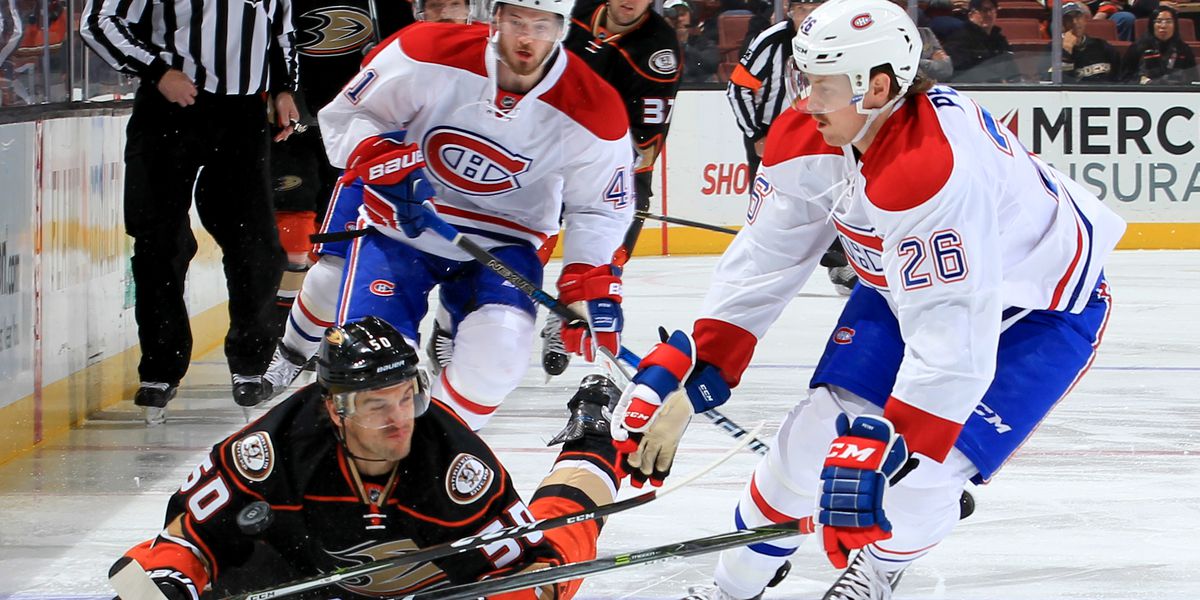 The Canadiens have had an interesting road trip so far. It started with their first ever meeting with the Seattle Kraken on Tuesday, in what wasn’t a great performance for Jake Allen in a 6-2 loss. Two nights later, Allen turned in one of the best showings of his life, turning aside all 45 shots versus the San Jose Sharks in a rather impressive 4-0 win. On Saturday afternoon, there were few good performances at all for the traveling Habs as they fell 5-2 to the Los Angeles Kings.

All of the defensive issues were on display in yesterday’s game. The blue-liners failed to protect the slot and the forwards were unable to keep track of players sneaking up to the top of the circles. The struggles were most apparent on the penalty kill as Montreal surrendered three more power-play goals, bringing their season total up to a league-worst 12 in just nine games, and dropping their efficiency to an abysmal 64.7%.

Taking on an Anaheim Ducks team with a power play operating at 24.0% probably isn’t what the Canadiens need to get the win, but at least it’s a chance for the coaching staff to make some much-needed adjustments.

Tale of the Tape

The obvious answer is just to take fewer penalties, but that’s hard to do when forwards are forced to chase down attackers who have beaten the defencemen. Positioning at five-on-five is a big problem, and that only gets worse when the team is down a man.

It’s encouraging that Joel Edmundson could be back with the team soon after the Canadiens return to Montreal, though the exact timing of that with needing practice time isn’t yet known. His presence has been sorely missed on the back end (along with Shea Weber’s), and the team will look a lot different when he does re-enter the lineup. But that won’t happen today,.

One task they have before them is to prevent Ryan Getzlaf from taking sole possession of the franchise scoring record from Teemu Selanne. Holding him off the scoreboard is a test the other six teams they’ve faced haven’t handled well, as he’s up to six assists on the season.

That only ranks sixth on the team scoring list for this year. The Ducks are led by a 24-year-old Troy Terry, who is better than a point-per-game player through his eight contests, riding a shooting percentage of 23.5%. That mark probably won’t be sustainable over the full season, but if the Canadiens give him as much space as they were allowing Los Angeles forwards yesterday, he might just keep his hot streak going.

On the flip side, Anaheim is one of the worst defensive teams in the NHL, so Montreal can probably survive a defensive lapse or two. The Ducks play the same high-event style this current iteration of the Canadiens was built for, and we’ll see if they can pull themselves together long enough to end up with two more points in the standings.

MTL@ANA: What you need to know

What’s in a futuristic house? 3D printing, automation, among many others