The best XI of Premier League players in FIFA 22


FIFA 22 features 10 Premier League players in EA Sports’ top 22 players of the game. With 3 out of the game’s top 5 clubs emerging from England, players are curious to see how the best players hold up against the rest of the world.

Cristiano Ronaldo’s return to his boyhood club makes him the highest-rated Premier League player in FIFA 22, a title he shares with Kevin De Bruyne. The 2020-21 Champions League final ensured England’s domination of Europe in FIFA 22.

The article highlights the top players in the Premier League in FIFA 22 regarding a 4-4-2 formation.

The Brazilian takes the spot as the Premier League’s best goalkeeper in FIFA 22, ahead of countryman and rival – Ederson (89). Ederson enjoyed a better season than Alisson in the PL and Europe. 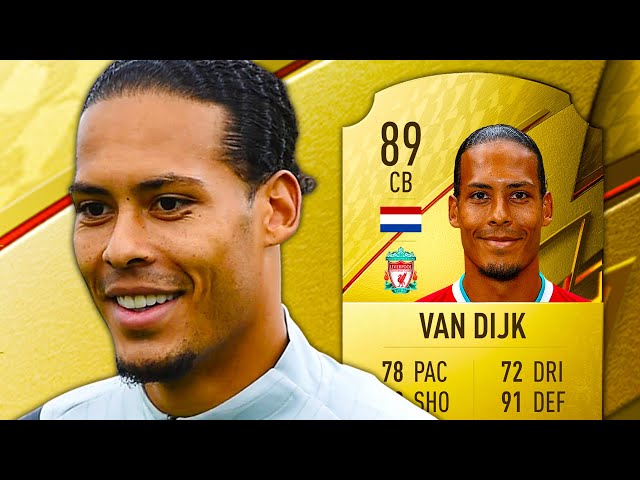 The Premier League‘s best 4-man defensive formation in FIFA 22 features three players from Liverpool. Van Dijk, Robertson and Alexander-Arnold are the best options in their respective positions in FIFA 22 and are fan-favorite picks in Ultimate Team.

Ruben Dias is Manchester City’s star center-back and one of the Premier League’s most aggressive defenders.

Kante and De Bruyne are icons of world football at present. Both players are known to deliver world-class performances consistently for club and country alike. Kante occupies a CDM role while De Bruyne engages in attack and chance creation.

Manchester United’s Bruno Fernandes (88) is one of the Premier League’s highest-rated XI. However, the player loses the position to Kevin De Bruyne (91).

It has been a scintillating start to the @premierleague season for @MoSalah!

Check out his increases in #FIFA22 now.

Tottenham Hotspur’s Heung-min Son and Liverpool’s Mohamed Salah are just one point shy of the 90-rating mark and fall behind Paris Saint-Germain’s iconic duo – Neymar (91) and Messi (93), in the list of highest rated wingers in FIFA 22.

Liverpool’s Sadio Mane (89) also shares the ratings with this duo. However, the player is ranked below the two for individual attributes.

Cristiano Ronaldo has always been a favorite pick for fans on FIFA. The player witnessed a one-point drop in ratings from FIFA 21. After an exciting move to Manchester United, Ronaldo leads the Premier League in FIFA 22 as the highest-rated forward.

Harry Kane is the most expensive out of the pair, costing players a fortune if they attempt to acquire him in Career Mode.

Sources: G2 chooses Targamas as its new LEC support for 2022 after holding tryouts for several weeks

Here are all of the abilities for Chamber, VALORANT’s new weapon-savvy agent