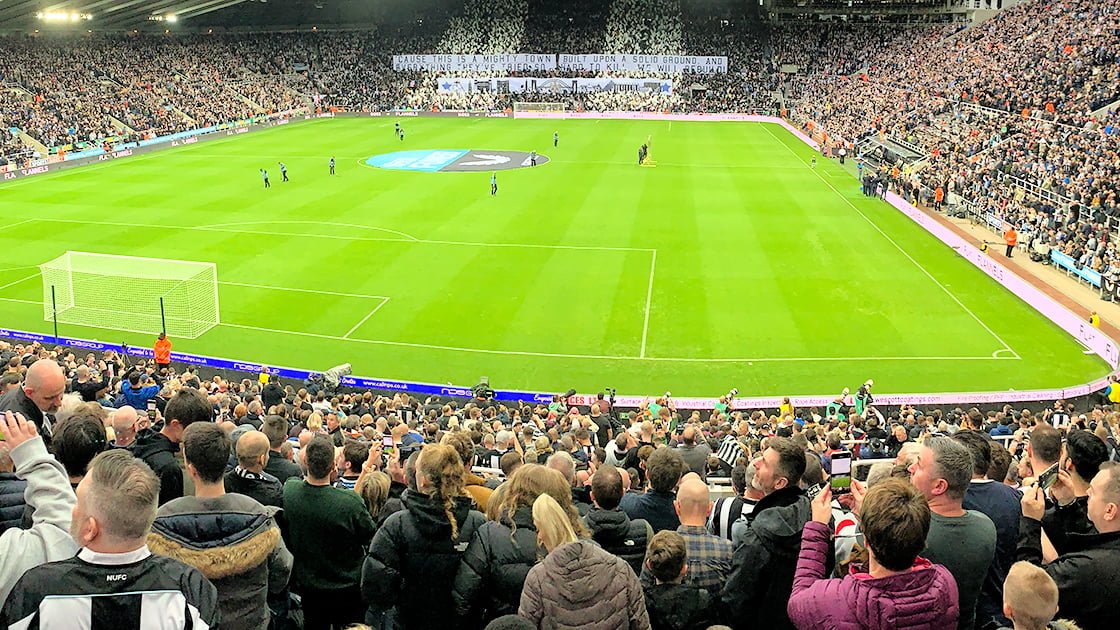 The Sky Sports column ‘Jones Knows’ has given some excellent analysis and commentary on what is currently happening at Newcastle United.

The column makes predictions on what will happen at certain Premier League matches and also debates other matters / issues at clubs as well.

However, unlike the usual ex-pro predictions, that are usually simply based on how ‘big’ a club is and whether or not they won the previous game, this one has proper analysis and insight, not lazy assumptions.

The Sky Sports ‘Jones Knows’ column looks at the matches from a betting perspective and has been concentrating on Newcastle’s game against Chelsea.

Lewis Jones (who is the Sky Sports expert behind the ‘Jones Knows’ column) has highlighted two big underlying factors that could / should have a big bearing on this Newcastle v Chelsea game.

The basic facts say that as well as having scored the second highest number of PL goals (23, only Liverpool with 27 have scored more), Chelsea also have the best defence, the blues only conceding three, less than any other PL club (Newcastle in contrast are tenth highest for scoring goals (11) but second worst for conceding (20)).

However, Jones points to a massive underlying factor that will surely catch up with Chelsea sometime. Their expected goals conceded stat is 10.7, meaning that based on the number and quality of chances allowed the opposition, Chelsea could reasonably be expected to have conceded at least seven more goals than the three they have leaked. That difference between actual goals conceded (three) and expected goals conceded (10.7) is the biggest of any of the 20 clubs.

The question is, are Newcastle United capable of taking advantage of the number of chances Chelsea are on average allowing the opposition?

Well, there is another strange stat Jones comes out with. When it comes to Newcastle United, no other Premier League club has had so many games this season where both teams have scored. A remarkable eight of nine NUFC matches this has been the case, with the 2-0 defeat at Villa the only exception. That was actually only the second PL match of the season, meaning that in all of Newcastle’s last seven PL games, both they and the opposition have scored at least once.

The Sky Sports expert also points to another big positive when it comes to Newcastle’s chances of scoring, a fully fit Callum Wilson.

Newcastle players have only had three shots on target between them in the last two games and yet have scored three goals, Callum Wilson with brilliant movement and smart header against Spurs, then that superb overhead kick at Palace (the other goal another classic but that was an Eric Dier own goal).

So if Chelsea do allow Newcastle United a few chances, could that lead to a goal(s) and maybe even a point or better? Well, if chances fall to Callum Wilson, Newcastle could be in business, as he has scored four goals this season from only 12 shots, plus those goals have come in only five PL starts and at an average of one every 103 minutes.

The Sky Sports man believes Newcastle can give Chelsea a close game today, create chances and score at least once, with Wilson by far the most likely scorer. However, he thinks it is likely that the visitors will shade it and predicts a 2-1 away win.

Whilst things are far from looking radically better, in three of the last five PL matches, Newcastle have only conceded one in each of them. Other positives are that Martin Dubravka has been declared available to return, if selected, whilst Graeme Jones has had the Newcastle players training for a full five days this past week ahead of the match, something that is reported as not having happened since Rafa Benitez was manager some two and a half years ago.

Other positives are that Graeme Jones has 24 of 26 first team squad players available, the only exceptions Elliot Anderson and Paul Dummett. In contrast, Thomas Tuchel revealed on Friday that Kovacic was a late injury blow, the midfielder having played in all nine Chelsea PL matches this season, starting eight of them. The Chelsea boss also naming Pulisic, Lukaku and Werner as not available. Those four first team players having cost £250m between them.

We all know that Chelsea have a very big and talented squad but these are some key players that are missing, Lukaku and Kovacic especially. Newcastle will obviously have to defend a ‘little’ bit better than Norwich did last weekend against Chelsea but if they do keep it relatively tight and have Dubravka potentially back in goal, if chances fall to Callum Wilson at the other end, then just maybe…

Something that the Sky Sports expert hasn’t highlighted is that the last few games Allan Saint-Maximin hasn’t been at his best, having started the season with a goal or assist in five of the opening six PL matches. He did play a part in the move that led to the goal at Wolves and the opener against Spurs, but the performances from ASM were well below par overall, so it would be a massive boost if the French winger is back firing on all cylinders for a game that even if Newcastle won it. could still see them remain in the relegation zone.

“My theory that the odds surrounding both teams to score in Chelsea matches is overpriced has yet to bear any fruit.

“But I’m not jumping off the wagon yet.

“On paper, Chelsea have the best defence in the Premier League with just three goals conceded – but I will be flabbergasted if that remains the case over the course of the season. They are offering up good chances and shooting opportunities to the opposition. A figure of 1.62 expected goals conceded per 90 minutes in their last 10 fixtures showcases that. Southampton created 2.14 worth of expected goals in the 1-1 draw in midweek.

“I’ve referenced this before, but it’s still relevant, Chelsea have the biggest difference between goals conceded (3) and expected goals against (10.7) in the Premier League after the opening eight games – at 7.7.

“Eight of Newcastle’s nine games this season have seen both teams bag a goal and in Callum Wilson they have a player of breaching elite defences. The evens should be snapped up.

“Personally, I’ll be cheering on a home win having invested in the chances of Graeme Jones getting the Newcastle job at 14/1 with Sky Bet. I’m not confident though. Chelsea have a knack of finding ways to win.

“BETTING ANGLE: Both teams to score.”

With Xavi set to join Barcelona, his “dream” signing revealed