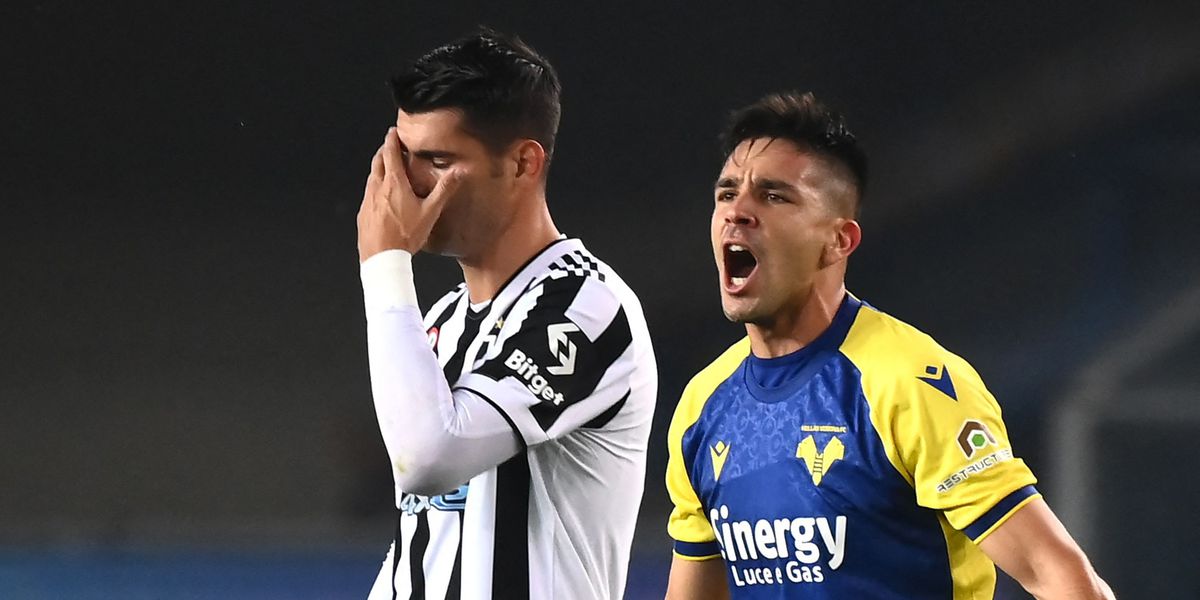 Because of the way that Juventus’ games have been going over the course of the last month, I haven’t exactly had the chance to do a lot of in-game writing about what’s happening. I’ll be honest: I’ve learned too many times with this team that once you start writing these things with Max Allegri as manager, the room for error is very thin.

I say this because I was actually able to get some writing done during the second half of the game that Juventus just played on this final Saturday in October.

Unfortunately, it was for all of the wrong reasons.

In a week where I legitimately thought Juventus could extend its unbeaten run and get six points out of a possible six, Max Allegri’s squad went out and did the exact opposite. Instead of six points, they got not even one, following up Wednesday’s loss to Sassuolo with a 2-1 defeat at the hands of Hellas Verona, with Giovanni Simeone scoring a pair of goals within the span of three minutes to stun everybody in bianconero and those of us watching.

It was very, very bad.

Juventus’ chance to truly get back into the back four or, at the very least, keep pace with those in front of them, absolutely ended up going about the opposite way as some might have thought. Juve were playing a pair of teams in the bottom half of the table, ones that have had mixed results and have essentially played the way their standing in the table represented. Yet Juventus, no matter what kind of form they themselves are in, should never be in a position where you go 0-for-2 against Sassuolo and Hellas Verona.

But they did. And now we’re looking at this very real possibility: Four wins in the first 11 Serie A games.

If things continue to fall as they have been so far this season, Juventus could be a whopping 16 points off the lead at the end of the weekend. Sixteen points! That’s absurd, and while we can say “Well, it’s just the end of October, there’s so much time left!” until our voice runs out, but the fact that Juve’s results haven’t improved at all on the whole from last season just shows that this goes deeper than the manager, deeper than anything that can be fixed over the course of a couple of months.

Sure, we all hoped the return of Allegri would make things at least a little bit better. And during the nine-game unbeaten run, things were slightly improved and at least there was a small-ish reason to be at least a little optimistic. But boy, things certainly have come crashing down in a hurry, haven’t they? The attack is still struggling to score, the defense is now back to being all over the place and Allegri just doesn’t have an answer as to how to right the wrongs of the last couple of games.

This thing is quickly back to being bad again. And unlike earlier in the season where Juve were losing to good teams and essentially had themselves to blame for it with awful game-changing mistakes, Juve’s now dropping points against mid-table sides.

(Which, honestly, is completely ironic considering that the manager who just beat Juventus was an assist under Andrea Pirlo last season. Igor Tudor has definitely gotten Hellas Verona playing for the better, so good for him.)

Or, I could just have Mr. Williams describe my feelings on this trip to the Bentegodi rather than ramble on and on and on …

Thank you, Mr. Williams. That sums things up rather nicely.

LAFC hopeful Bale can join club within a couple weeks

Roma emphatically deny there were ever talks for Cristiano Ronaldo