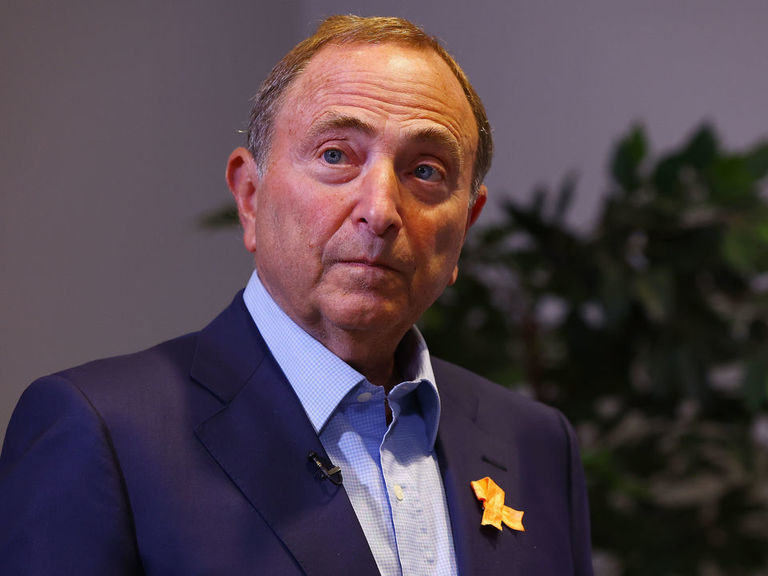 Kyle Beach took NHL commissioner Gary Bettman to task Saturday for how the league and the Chicago Blackhawks dealt with his sexual assault allegations against Brad Aldrich.

Bettman and Beach held a 20-minute video call during which the latter repeatedly questioned Bettman about the NHL’s and Blackhawks’ actions, the player’s lawyer told TSN’s Rick Westhead.

At the beginning of the call, the commissioner apologized on behalf of the league for the abuse Beach endured at the hands of Aldrich, Chicago’s former video coach.

Beach then asked Bettman why the NHL let the team launch the independent investigation into Beach’s allegations. The commissioner said the league felt it was appropriate to allow the Blackhawks to hire an investigator and then have the NHL evaluate the findings.

The 31-year-old also asked Bettman why the league wouldn’t pledge to disclose the full Jenner & Block report, which the law firm ultimately revealed Tuesday. The commissioner said NHL officials weren’t certain if anything in the probe would be detrimental to Beach and felt they shouldn’t release the report before seeing it.

Additionally, Bettman claimed the league didn’t know Beach was the John Doe cited in the report until the player came forward in Wednesday’s interview with Westhead. Beach wondered why NHL executives wouldn’t know his identity considering court documents previously implied he was a “Black Ace” currently playing in Germany.

Bettman did promise Saturday that the league would offer Beach and his family counseling for as long as required.

NHLPA executive director Donald Fehr and his lawyer, Roman Stoykewych, also reportedly spoke to Beach on Saturday. The probe found Fehr received information twice about allegations surrounding Aldrich, including from a Beach confidant. The union’s stance was the NHL/NHLPA player assistance program relies on confidentiality, but Beach’s lawyer countered that the simple solution would’ve been to ask for the player’s consent to share what he was willing to divulge.

The NHLPA scheduled an executive board call for each franchise’s player representatives Monday, according to TSN’s Pierre LeBrun.

The Jenner & Block investigation found that numerous members of the Blackhawks management group – including then-team president John McDonough, general manager Stan Bowman, head coach Joel Quenneville, and assistant GM Kevin Cheveldayoff – met on May 23, 2010. During the meeting, the team brass discussed Beach’s allegations that Aldrich behaved in a sexually inappropriate manner toward him.

The report found team executives took no action until reporting it to human resources on June 14, several days after Chicago won the Stanley Cup. Aldrich made an unwanted sexual advance on a Blackhawks intern on June 10, the former employee told investigators.

The league chose not to discipline Cheveldayoff, asserting the now-Winnipeg Jets GM wasn’t part of the organization’s senior leadership team at the time. Chicago fired McDonough in April 2020.

A former Michigan high school hockey player also sued the franchise over a subsequent incident that occurred after Chicago quietly dismissed Aldrich, who was eventually convicted and sentenced to nine months in prison and five years of probation for that 2013 incident.