With Accusations of Abuse, Kyle Beach Forces N.H.L. to Confront Its Failings 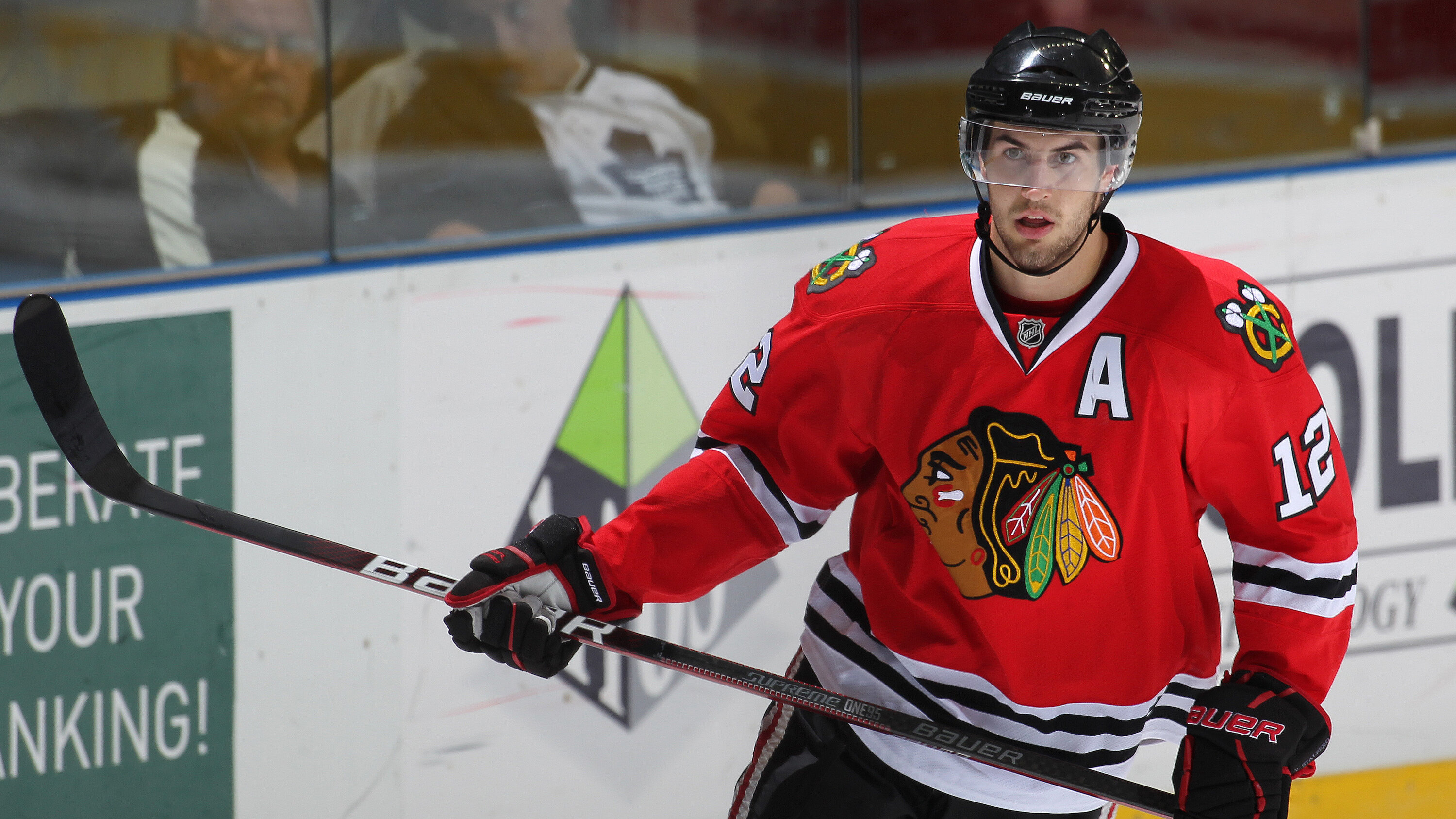 One day after an investigation commissioned by the Chicago Blackhawks publicly disclosed that the team’s top officials had ignored a player’s accusation of sexual assault by a coach during the 2010 playoffs, that player was revealed to be Kyle Beach.

In an interview on national television in Canada on Wednesday, Beach was asked if he had a message for the 16-year-old boy that the video coach, Brad Aldrich, was later convicted of sexually assaulting in Michigan in 2013.

Beach, as the investigative report made clear, was a victim of both inappropriate behavior by Aldrich and indifference from the National Hockey League. As a 20-year-old minor league player whose career was in the hands of Aldrich and other coaches and members of the Chicago organization, he had the least power, and yet he did the most to call attention to Aldrich’s behavior and is one of the few people to have said he is sorry.

Consequences are still reverberating through the N.H.L. Florida Panthers Coach Joel Quenneville, who led the Blackhawks in 2010, resigned on Thursday after a meeting with the N.H.L. commissioner, Gary Bettman. On Friday, Bettman decided not to punish Winnipeg Jets General Manager Kevin Cheveldayoff, who was an assistant general manager for the Blackhawks in 2010. The owner of the Blackhawks wrote a letter to the Hockey Hall of Fame asking that Aldrich’s name be removed from the Stanley Cup.

The whole of hockey’s culture, from children’s divisions through the N.H.L., is once again under a microscope. It is a familiar position for a sport that has in recent years been swamped by accusations and lawsuits centered on hazing, abuse, misogyny and racism. But the cultural problems of hockey seem to have met a moment when they are impossible to ignore, and when consequences — however belatedly — are being meted out.

“I hope that this entire process can make a systematic change to make sure this never happens again,” Beach said.

Beach’s accusations were first leveled publicly in May in a lawsuit filed against the Blackhawks that is still ongoing, but the investigation commissioned by the team revealed that he had immediately told a coach that he had been assaulted in 2010.

Fourteen former players in an amateur Canadian league have recently filed a lawsuit saying they were sexually and physically assaulted while being hazed when they were teens. A former coach for a Pittsburgh Penguins minor league affiliate accused the team in a lawsuit of firing him after he reported that a boss had sexually assaulted his wife. A leak of an Instagram group chat among a number of top players revealed them making misogynistic comments about sexual conquests and the girlfriends and wives of other players. A former N.H.L. player who was born in Nigeria accused a coach of referring to him with a racial slur and described a former teammate who had knocked out his teeth as a “racist sociopath.”

These seemingly disparate issues are all interrelated, said Sheldon Kennedy, a former N.H.L. player who revealed in the 1990s that he had been sexually abused by a coach while playing junior hockey. “All of this stuff is basically all under the same umbrella. It is around discrimination, it is around inclusion.”

The typical environment — dreams of hockey stardom, extreme power imbalances, pressure to signal toughness and a culture of sweeping things under the rug — is an incubator for toxic behavior.

Or, as Kennedy put it during a telephone interview while doing chores at his farm in Saskatchewan: “All someone has to do is put their hand up as a Timbit hockey coach, and they are God to the 8-and-unders.”

Organizations that ignored or cover up reports of sexual assault are not unique to hockey. But these problems can be heightened in hockey, or in other sports that Loretta Merritt, a Canadian lawyer who represents victims of sexual abuse, described as the “more macho boys club kind of sports.” Merritt wondered if hockey’s culture made Aldrich, who has said his sexual contact with Beach was consensual, “think there is sort of more of a tolerance or willingness to turn a blind eye. Possibly.”

After the investigative report was released on Tuesday, the N.H.L. fined the Chicago team $2 million for “inadequate internal procedures and insufficient and untimely response,” and more consequences have followed, like the resignations of two top Blackhawks officials and of Quenneville. But that’s not the hard part, said Kennedy, who believes that talking about difficult issues and reporting abuse must be embedded in a team’s ambitions, just as trying to win the Stanley Cup is.

“Those are easy responses,” he said. “We are going to fine you. You need to resign. Those are the norm. That’s your lawyer advice. To me, this is about culture change.”

His message was echoed by Ken Dryden, the Hall of Fame goaltender for the Montreal Canadiens and a former Canadian cabinet minister who in recent years has been a prominent critic of how the league has handled concussions.

“Often on big questions like this, it ends up where the only voices heard are those of the commentators, and the decision makers get let off the hook,” Dryden wrote in an email, declining to be interviewed. He added, “To me, anybody else’s voice is just a distraction.”

Statements — from the N.H.L., from the Blackhawks, from the players’ union, from Quenneville and from Stan Bowman, the president of the Blackhawks who resigned Tuesday after the investigative report’s release — have been plentiful in recent days. Less plentiful have been apologies and admissions of culpability.

“Today’s fine represents a direct and necessary response to the failure of the Club to follow-up and address the 2010 incident in a timely and appropriate manner,” Bettman said in a long statement focused on process and full of legalese.

Despite the steady drumbeat of episodes demonstrating the failure of those in positions of power in hockey to root out abusive behavior, there have been immense cultural changes around sexual abuse and other issues. Merritt has brought dozens of cases against the Toronto Maple Leafs and its employees and owners over the Maple Leaf Gardens sexual abuse scandal of the 1990s.

“What institutions were doing when I started practicing in this area in the ’90s, versus what institutions do today, is different,” she said. “Twenty or thirty years ago people wouldn’t even come forward because they wouldn’t be believed.”

However poorly his accusations were handled by the Blackhawks, Beach was believed. By a skating coach he told who raised the alarm, by a former Blackhawks associate coach, by a few former teammates and his family. “I knew I wasn’t alone,” he said in the televised interview. “And I could never thank them enough for doing that, because it gave me the strength to continue forward with this.”

Merritt noted that widespread revelations about sex abuse in the Catholic Church and the Academy Award-winning movie “Spotlight” had helped change how such abuse is seen culturally. In hockey, people like Kennedy and Theo Fleury, who has said he was abused by the same coach as Kennedy, and Martin Kruze, who was the first to report abuse that would become the Maple Leaf Gardens scandal and later killed himself, helped create the conditions to make it easier for Beach to report his abuse in 2010 and for there to be some consequences in 2021.

Significant change, however, often comes about only when it is forced by the law. “You don’t see radical changes in either the law or people’s behavior very often,” Merritt said. “Things tend to move incrementally. But when they are held to account publicly, when they are hit in their wallets with fines or other penalties, when they are sued for damages in courts, it does start to alter behavior.”

In the unsentimental and often damning language of the newspapers and websites that cover hockey, Beach, now 31, was a bust. The 11th pick of the 2008 draft, he never made it to the N.H.L. and has spent the last few years bouncing around European leagues. The Canadian wasn’t seen as tough enough, or skilled enough, or hard-working enough.

We now know he was dealing with trauma. “The shame and guilt, the impact is real,” Kennedy said. “I wasn’t ready to answer those questions. You will never live up to your potential in life, not just in sports, when these events happen.”

Beach’s legacy, then, is undergoing a re-evaluation within hockey. But will that re-evaluation and questioning spread — and stick — to the rest of the sport?

Manchester United have Diego Simeone hopes if Solskjaer gets the sack