Crosby game-time decision for Penguins against Devils on Saturday 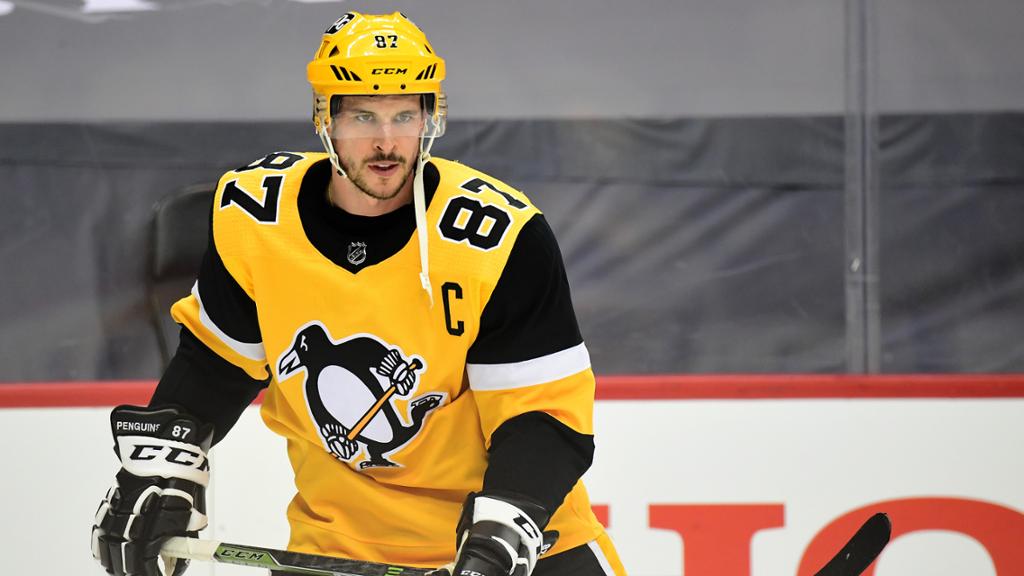 CRANBERRY, Pa. — Sidney Crosby and Jeff Carter each will be a game-time decision for the Pittsburgh Penguins against the New Jersey Devils at PPG Paints Arena on Saturday (7 p.m. ET; ATTSN-PT, MSG+, ESPN+, NHL LIVE).

The centers each practiced fully after skating on the second rink at UPMC Lemieux Sports Complex on Friday. They joined forwards Evgeni Malkin (knee) and Bryan Rust (lower body), who did not take part in practice.

Crosby has not played this season after having wrist surgery Sept. 8; Carter has missed three games since entering the NHL COVID-19 protocol Oct. 22.

“[Carter’s] practice today was real encouraging,” Penguins coach Mike Sullivan said. “The good thing about him, because he was asymptomatic, he was able to ride the bike, work out and train throughout the process, which I think is a big help for him when he does get back on the ice for a day like today. So he responded really well to the practice.

Crosby was first-line center for a second straight practice after returning to that spot Wednesday. Carter, who was center on the first line the first four games this season, took rushes at second-line center. They each practiced on the top power-play unit.

Carter said he hadn’t been on the ice for 10 days before practicing Friday.

“I felt really good the whole time. I didn’t have any issues,” he said. “I was able to do some bike rides and stuff like that. But when you’re stuck in the basement there’s not a ton you can do. So was able to do what I could.”

If Crosby and Carter don’t play Saturday, they next would have a chance to play against the Philadelphia Flyers on Thursday.

“My 6-year-old at home is excited for whenever [Crosby] can get back on the ice,” forward Brian Boyle said. “He was disappointed last night. … I got him a Penguins jersey. He turned it around. I saw the disappointment on his face when it said ‘Boyle, 11’ on it.”

The Penguins (3-2-2) have been outscored 9-1 in two straight losses after starting the season on a five-game point streak. They have played each of their seven games without Crosby and Malkin, who is expected to be out until at least December after having knee surgery June 4.

When healthy, Crosby and Malkin would be the top two centers with Carter on the third line. Rust, who is week to week with a lower-body injury and has missed five games, is first-line right wing.

Crosby said after practice Oct. 29 that the wrist injury had bothered him since March 23, 2014, when forward Ryan Reaves, then with the St. Louis Blues, caught him in the wrist. He said the issue normally would resolve itself with rest during the offseason. After the wrist didn’t respond how it usually would this offseason, Crosby said surgery was the only option to avoid missing significant games later in the regular season.

“He looks like Sidney Crosby,” said Penguins forward Evan Rodrigues, who was right wing on the first line with Crosby on Friday. “It looks like he hasn’t missed a beat. From the first drill of practice he goes 100 miles an hour and is playing at a top speed. It’s nice to have him back. Hopefully he gets in a game here soon.”

£97m star could stay where he is despite Newcastle talks