Rocco Commisso says he acquired the football club ACF Fiorentina as a “way of giving back to the sport and to the country where I was born”. The 71-year-old billionaire and founder of MediaCom — one of the largest cable television companies in the US — was born in Calabria in southern Italy. He moved to the US aged 12, played football at university then, after decades of success in business, sought to acquire a leading team in his homeland.

When Fiorentina, the team based in Florence that plays in Serie A, Italian football’s top division, was for sale in 2019, Commisso rushed to complete a deal reported to have been worth between $150m and $200m.

“The right price came along and I made the investment in a period of two weeks,” Commisso told the recent FT Business of Sport US summit. He believes Fiorentina should be more than just a personal trophy; he wants it to be an asset that increases in value, too.

That aim is shared by other overseas investors who have bought into Italian football in recent years. The influx of foreign club owners is a new phenomenon in the country, particularly compared with the English Premier League, the world’s most valuable domestic football contest, which has long welcomed outside cash.

Of the 20 Serie A clubs, eight now have non-Italian owners. Six of those were acquired by American individuals or financial groups in the past three years alone.

Among the recent deals were hedge fund Elliott Management’s takeover of AC Milan in 2018; billionaire Dan Friedkin’s €591m acquisition of AS Roma; and the 777 Partners sports investment fund purchase of Genoa this year.

“I think it’s one of the most exciting football leagues today in the world,” says Robert Platek, a senior executive at MSD Capital, a group that has lent money to European football clubs but who, in a personal capacity, acquired the small club Spezia in February. “The Italians are so passionate about their sport. More specifically, with Spezia, it was the region, the people and it was the underdog approach.”

Investors are attracted to Italian football by the league’s status as one of the “Big Five” European leagues — alongside those of England, Spain, Germany and France. They attract the largest media rights and sponsorship deals. Their competitions have international fanbases with continued growth in viewership in North America and Asia.

Commisso says the rush to acquire clubs in Italy is a matter of “supply and demand”, estimating that there are more wealthy individuals seeking to buy clubs than there are teams across Europe available for purchase.

“I think there’s going to be more investors coming in to buy more of these clubs that are available for sale,” he says.

Yet, after rushing into Italian football, Commisso admits to being stymied by challenges that are unique to the country. As a legacy of the construction involved to host the 1990 World Cup, many top clubs pay rent to play in crumbling, government-owned stadiums. Grounds are rarely full, partly because sometimes-violent “ultra” fan-groups put families off from attending matches.

New owners seeking to fund rebuilds of stadiums in cities such as Milan and Rome have been delayed by local political wrangling. Commisso sought to renovate Fiorentina’s home ground, the Stadio Artemio Franchi, to gain more ticketing and hospitality revenues that could benefit the club in the long term, but his efforts have been blocked by local authorities who own the stadium.

“One of the huge negatives in Italy has been the infrastructure situation,” he says. “It’s the inability of anyone like myself to be able to say: I want to build a new stadium so I can bring — not only the comfort to our fans — but raise more money out of the stadium investment. That’s pretty difficult to do in Italy.”

The pandemic is causing new financial problems. Clubs across the continent lost a collective €9bn in revenues due to lost ticketing and broadcasting revenues, according to Uefa, European football’s governing body.

Most Italian clubs spend the majority of income on players’ wages and transfer fees, as do clubs across Europe

The resulting financial crisis has been exacerbated at many of Italy’s highly indebted clubs, such as Inter Milan and Sampdoria, which had previously spent heavily on players. These clubs are among those forced into emergency fundraisings, a fire sale of their best footballers, or a process of finding new club owners.

Meanwhile, the value of Serie A’s broadcast rights has fallen, with media analysts suggesting traditional pay-TV companies have hit the limit of what they are willing to pay for live sports.

In March, the league sold its domestic television contracts for more than €2.5bn, in a deal led by DAZN, the sports streaming service. But the overall amount raised by the sale of the country’s TV rights covering the 2021-24 seasons is less than Serie A’s previous deal, worth about €1bn a season.

In March, the league said that it expected a significant drop in the future value of its international TV contracts, currently worth $170m a season. That was mainly because Qatar-based broadcaster beIN Sports declined to renew its contract to screen matches in the Middle East, complaining that Serie A had not done enough to tackle piracy of broadcasts.

“Our biggest problem is beIN,” said Luigi de Servio, the Serie A chief executive at the time. “BeIN was worth 50 per cent of our [international TV rights] package.” A quick influx of cash to support clubs has been sought by the league — but has not been forthcoming. 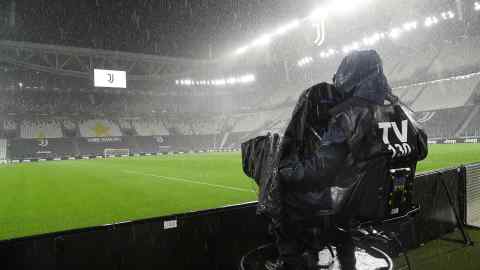 Last year, Serie A negotiated a €1.6bn deal to sell 10 per cent of its broadcasting and commercial rights to a consortium including private equity groups CVC Capital Partners and Advent International and Italian investment group Fondo FSI. But the deal appears to have been abandoned due to a lack of support among rival club owners who do not want to give up control over the league’s operations, according to several people familiar with the talks.

Commisso is among those demanding better financial controls to limit spending. As is the case across Europe, most Italian clubs spend the majority of their income on players’ wages and transfer fees.

There are few signs such spending controls will be forthcoming. And little chance for a quick return on investment from private equity suitors or TV deals. Facing a tough outlook for short-term growth, new overseas club owners will need to play the long game.

Samsung goes all in on smart home integration with Matter support

Brentford snap up Mikkel Damsgaard from Sampdoria for €15m | Brentford

Everton transfer update amid fears of a potential collapse