What’s going on with Ryan Poehling? 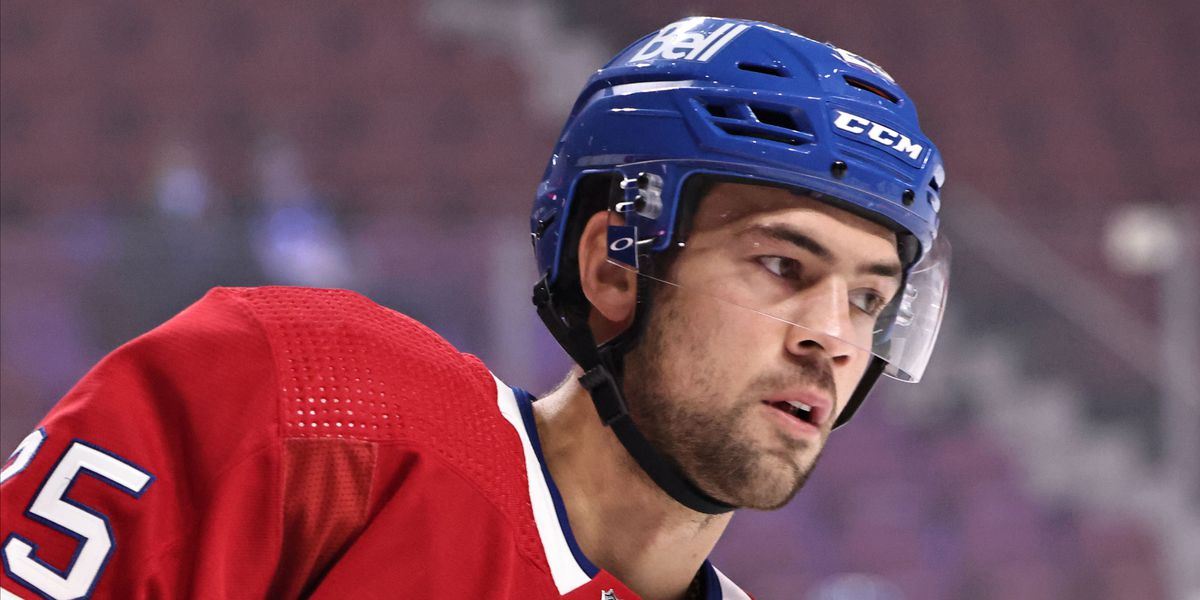 At the time of the 2017 NHL Draft, the Montreal Canadiens had just finished their season with a six-game series loss to the New York Rangers in the first round of the playoffs. The team headed into that year’s round of selections with a centre core led by Phillip Danault, a predicament they sought to resolve through shrewd late-round drafting.

By the time the Canadiens walked up to the podium for the 25th overall pick, only two first-round centres remained in Ryan Poehling and Morgan Frost. Insistent upon solving the centre depth issue through the draft, General Manager Marc Bergevin opted for the American-born player with the broader build, hoping that the team could turn his pro frame and mature off-puck game into a decent top-six piece for the team down the road.

The team’s hope that Poehling would become a core player was revived when the prospect made a notable entry in the NHL, with a three-goal game against the Toronto Maple Leafs in the final matchup of the 2018-19 season, adding a shootout goal to win the game 6-5.

His production and overall game since then, however, have been less than lacklustre. He only managed a goal and an assist in 22 NHL games the following season and spent his entire 2021 campaign with the Laval Rocket in the AHL. Although his performance last year in Laval (25 points in 28 games) indicates that he might be on the cusp of becoming an NHL player, the details of his skating and stickhandling currently limit how high he can reach in his career.

To understand what is limiting Poehling in these aspects, we must first break down the difference between a fast skater and a good skater, by comparing the skating habits of Poehling and Nick Suzuki, who were both drafted in 2017 and are roughly the same age.

Here, Suzuki pries a puck loose along the boards, then skates across all three lines using two key elements: he starts by rushing toward the defenceman, opening up both the left and right side as options, and he forces the defenceman to respect the passing option all the way until the last moment. He finishes the rush by scoring with a shot from the high circle.

This exact pattern of transitional deception and rush shot-creation is both a hallmark of Suzuki’s game and something we rarely see from Poehling, who is uncomfortable picking up the pace with the puck on his stick. Suzuki’s top speed is slower than Poehling’s, but his upper body works independently from his legs and the end result is a smoother, more controlled puck-transition game with which he can generate offence.

Poehling’s off-puck speed makes him decent at recovering dump-ins, but when he picks up speed on the rush, there is a recurrent jolt in his upper body that shows a clear stiffness in his posture — his upper and lower halves are welded together, which worsens his puck control in full stride.

This is something that was first brought up by current skills consultant and former Marlies assistant coach Jack Han over a year ago, in an interview with TVA Sports. The prospect’s arms jump up and down as he skates, making him more likely to lose the puck at high speed — effectively rendering him a liability in transition.

On his first three NHL goals, Poehling was able to get free and finish well, but barely spent any time with the puck on his stick. His first two goals were immediate releases, and the third was an open wrister off a rush pass.

Although his shooting and off-puck movement make him a threat when playing with solid playmakers, he can’t be an effective centre in the Habs’ system if he isn’t contributing positively on breakouts. According to JFresh, 49% of the team’s goals came off the rush last season, which was the third-highest total in the NHL. If Poehling can’t contribute on breakouts and zone entries with purpose and speed, he starts off with a significant tactical disadvantage.

How did we get here?

These issues didn’t appear overnight, nor were they particularly hidden within Poehling’s overall game. The ability to control the puck and make plays at high speed is a foundational aspect of any NHL player’s game, but especially the game of a top-calibre centre whose primary role is to act as a connective joint between the defenders and the wingers.

Poehling still shows some of the elements essential to pro-level hockey, such as smart off-puck positioning and one-touch plays, an active stick and body in battles, and a high motor that keeps him pushing hard in every corner of the rink, but these elements are often found in the bottom six of any given NHL lineup.

In truth, there is no issue with drafting a prospect like Poehling, as long as the development team has a concrete plan to iron out the wrinkles and get the most out of him. It’s similar to acquiring an uneven plot of land to build a house: you might have more work to do in order to get the foundations right, but once you do, you can start building and create something great. However, if you just start building on uneven ground, odds are that you won’t end up with the best product.

It seems that the Habs either didn’t see the state of Poehling’s foundations, or chose to just start building. His shot has improved, his strength and speed have improved, but the foundational aspects of his game that would allow him to be an impact player at the next level with the Habs are still lacking.

This does not mean that the forward is a ruined prospect. There are still things that the Canadiens can do to bring out the most from him and have him be a serviceable roster player. Han proposed shifting him to the wing as a solution, where his off-puck speed and north-south element would fit well with a puck-carrying centre who will find him in open space. The team could also sign a consultant with Laval or Montreal who would follow Poehling’s progression and ensure that he improves upon his ability to skate and carry the puck.

What is certain is that the earlier Poehling’s weaknesses are addressed, the easier they will be to solve. If he is left to build his game around his hesitance to carry the puck at a high pace and his natural tendency to play the puck quickly, a combination which often results in dump-and-chase hockey and frequent possession losses, it will not just be a matter of improving his abilities; it will then be necessary to rewire the prospect’s thought process in order to make him more than a bottom-six forward.

Canadiens reportedly haven’t settled on decision for No. 1 pick

Report: Montreal Canadiens “may have interest” in acquiring Michael DiPietro